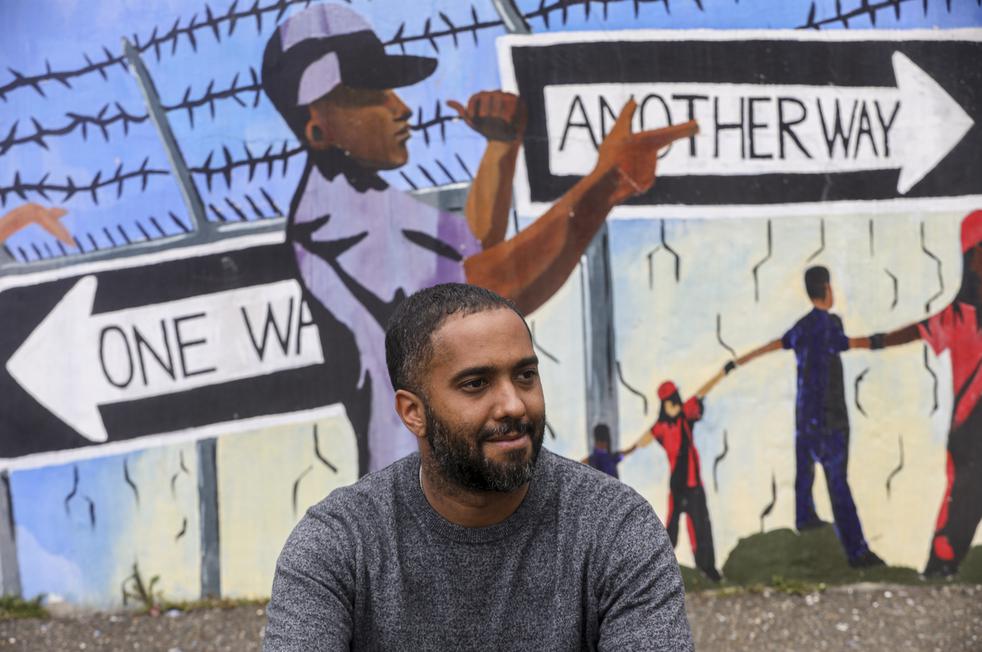 Nearly three years after Oakland first contemplated creating a new program to replace police in handling some mental health, homelessness and disturbance calls, the teams fanned out for the first time across parts of the city earlier this month.

City leaders are optimistic that the launch of a new program that sends trained civilian staff to respond to emergency mental health crises will free up police to focus on violent crime, boost the number of 911 responses and de-escalate difficult situations.

In the wake of George Floyd’s murder, residents nationwide pressured cities to invest in alternatives to police and Oakland — along with San Francisco — embraced the idea. Experts agree that moving some mental health and homelessness calls away from police can be an effective way to support residents in distress and cut the police force’s load.

But whether Oakland’s program will be a success remains to be seen. It likely faces some of the challenges that San Francisco officials are grappling with — not enough shelter, permanent housing and treatment beds as well as some people struggling with addiction and mental illness who refuse care and housing.

The program — called MACRO, which stands for the Mobile Assistance Community Responders of Oakland — will respond to certain 911 calls, including some related to mental health, wellness checks, noise complaints, disorderly conduct and panhandling.

The crew, staffed with EMTs and trained specialists, aims to de-escalate volatile situations before they turn violent, check vitals and offer services, such as finding a shelter bed or sending them to the hospital for more care.

“We are (required) to meet people where they are and display empathy to find out what is going on with them,” said Elliott Jones, the MACRO manager. “We want to offer them some sort of service whether it’s a soda or some water, a piece of chocolate, blanket or some socks. If eventually you decide you want service, you want to get off the streets, you want help, then … we will connect you to services in Alameda County.”

They may not always offer a connection to housing or treatment if individuals don’t ask for it. Jones said a key part of the job is building relationships so that people will turn to MACRO when they’re ready for help.

If people want help getting off the street, crews first check with the Alameda County CARES Navigation Center in Oakland — Community Assessment, Referral and Engagement Services, a program run by the District Attorney’s Office that offers a shelter bed. The facility also offers diversion services if someone has a warrant and needs help, Jones said.

Jones admitted that the options are “not perfect,” but said part of the team’s work is to identify gaps in the county and city’s systems of care and work to address them. They’re investigating turning an emergency room parking lot into a drug and alcohol sobering center with county case managers where MACRO could drop people off.

The county currently lacks enough shelter beds for the more than 4,000 homeless people in Oakland, according to the 2019 count. Alameda County has about 1,160 county-funded emergency shelter beds, according to 2019 data. In addition, Oakland has 598 city-funded, year-round shelter beds.

City leaders and the Police Department have backed the 18-month pilot program that will cost close to $16 million, and City Council members are interested in making the program permanent.

Robert Weisberg, a professor and faculty co-director at Stanford University’s Criminal Justice Center, said the push to move police away from certain 911 calls has seen success in other cities.

“The fact is that police aren’t necessarily happy about having this work,” Weisberg said, because “very often it doesn’t have to do with crime.”

Weisberg noted that the challenge will be to develop an effective system used in dispatch centers that can identify whether a call can be properly handled without police intervention.

The city will examine whether MACRO’s work will decrease the number of negative outcomes from police response to 911 calls that could lead to a violent confrontation, increase the number of people connected to support programs, and reduce police and fire expenses and call volume.

City leaders say that the need is dire. A new report released this week from Alameda County found that 809 unhoused people died from 2018 to 2020. More than half of the people who died were found on the sidewalk or the street, in encampments or in vehicles. About a quarter of the deaths were due to drug overdose.

Oakland Police Chief LeRonne Armstrong said he is optimistic the program will help the department, which is typically tied up with responding to calls for violent crime, meaning low level offenses or community concerns often don’t get a police response.

Armstrong said MACRO could potentially respond to arguments between people where weapons aren’t involved, someone under the influence of narcotics, someone screaming in the street or residents playing loud music, for example.

“OPD has more than enough to deal with,” he said.

The teams will start out slow. Instead of immediately responding to 911 calls, crews will roam around East and West Oakland from 9 a.m. to 3 p.m., for 40 hours a week, to do assessments and look for instances where they can intervene.

The teams, made up emergency responders and “community intervention specialists,” will begin answering 911 calls in June and will launch a separate phone number that people can call to request the service.

Over the weekend, the 10-member crew, divided into three teams, drove around parts of East and West Oakland meeting residents and business owners.

Within the first hour, one of the crews in East Oakland noticed a man lying on the sidewalk with his eyes closed.

The man, who was homeless, said he didn’t feel good. Fran R., an emergency medical technician who declined to give her full name because of privacy concerns, said she called into the Fire Department’s dispatch center while another EMT began checking his vitals.

The crew offered him water, but he threw it up, Fran R. said, so they immediately radioed in for an ambulance.

“I’m pretty sure you saved that person’s life,” said Josh Hayes, a community intervention specialist, remembering his work with Fran R. that day.

Destiny Riley, a community intervention specialist on a separate crew, said she gave a pregnant homeless woman in East Oakland shoes, socks, food and water. Riley said the EMTs checked the woman’s vitals because she said she wasn’t feeling well.

Riley said the woman appeared “standoffish” and “embarrassed” to ask for help so instead Riley focused on building a rapport with her so she could check up on the woman in the future.

“It was a tremendous experience,” Riley said. “We are helping people who are at their lowest points.”

Most of the crews are made up of Oakland natives. Some used to be unhoused while others were formerly incarcerated. One used to manage mobile showers for the homeless in San Francisco.

“We hit the jackpot. We found great people that love Oakland,” Jones said. “We wanted them to understand that this would be different than what they’ve previously done, and they’ve shown the resourcefulness and the flexibility to be able to respond to something that is truly uncharted territory.”

Pave Prevention, which trains employees who work in potentially violent situations, trained the crews in self defense, self care, how to read body language and situational awareness.

MACRO is modeled after a widely admired mental health crisis intervention program called CAHOOTS out of Eugene, Ore., where fire officials traveled to learn about the program firsthand.

The second training academy for MACRO will begin on April 18 and a second 10-member crew will hit the streets in May and expand to a second shift to cover more daytime hours.

Council President Nikki Fortunato Bas said the city is “united” in its support for MACRO.

“Oaklanders deserve a swift and effective response to every call for support, and I am very hopeful that MACRO will move us forward to be a safer, healthier city,” she said.